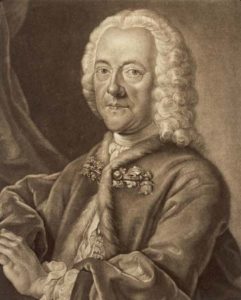 We are pleased to present selected performing editions of Johann Kuhnau (1660-1722) who was Bach’s predecessor at the St. Thomas Church in Leipzig. In 1682 he entered the University of Leipzig and was licensed to practice law upon the completion of his dissertation in 1688. He was elected in 1683 as the organist at the St. Thomas Church and later as Cantor, a position he held until his death in 1722. All his keyboard compositions were written and published during his tenure as organist. His sacred choral music (cantatas, Magnificat, and Passion) was composed while he served as Cantor. Kuhnau was also known as an author, having written both musical treatises and novels. He was a man of many talents: he was a classical scholar, a linguist, a jurist, a writer, as well as a musician.

Dr. Evangeline Rimbach has served as editor for these fine compositions. You may order any of these editions through our website.

Send us an email.

Music you can download for use in virtual rehearsals and services